Barbara McCloskey is an associate professor of art history at the University of Pittsburg. She is the author of George Grosz and the Communist Party: Art and Radicalism in Crisis, 1918 to 1936. 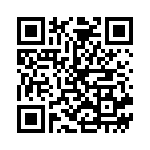