Walt Whitman and Emily Dickinson: poetry of the central consciousness

Similarities and differences between our two great 19th-century poets have often been neatly asserted but rarely explored analytically in detail and at length. Salska, a Polish scholar who writes ... Ler crítica na íntegra

Agnieszka Salska is Professor at the Institute of English Studies at the University of Lodz in Poland. 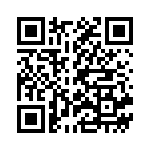