Francis Russell was born in Boston, Massachusetts, in 1910. He attended Boston-area schools and during World War II was a captain in the Black Watch Royal Canadian Highlanders. He is the author of Tragedy in Dedham: The Story of the Sacco and Vanzetti Case, which won the Edgar Allen Poe Award from the Mystery Writers of America. Russell died in 1989. 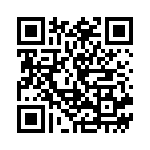