Eric J. Sundquist is UCLA Foundation Professor of English at the University of California, Los Angeles. He is the author of To Wake the Nations: Race in the Making of American Literature, The Hammers of Creation: Folk Culture in Modern African-American Fiction, and Strangers in the Land: Blacks, Jews, Post-Holocaust America, among other books. 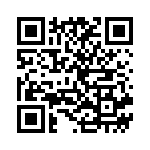