Woody Klein is a veteran journalist, historian, and an award-winning author who has been writing about social justice and civil liberties for decades. Among his more recent books are Toward Humanity and Justice: The Writings of Dr. Kenneth B. Clark, Scholar of the 1954 Brown v. Board of Education, Decision (Praeger, 2004), and Westport, Connecticut: The Story of a New England Town's Rise to Prominence (Greenwood Press, 2000). 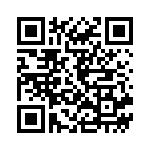