Our Country, The Planet: Forging A Partnership For Survival

This book addresses the question: "If the development of the quarter of the world's people who are now rich has brought us all so close to the limits of sustainable living on Earth, how is the ... Ler crítica na íntegra

Sir Shridath Ramphal is a former minister of Guyana and was secretary-general of the fifty-nation Commonwealth 1975-1990. He was a member of all the major international commissions that reported in the 1980s, including the Brandt Commission on Environment and Development. Formally president of the World Conservation Union (IUCN) and chairman of a commission looking into the future of the West Indies, he brings to his writing the views of a lifelong internationalist informed by the perspectives of developing nations. 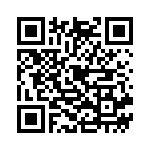