The beginning of the book introduced too many characters with a lot of useless details. There were too many things going on. The story was not focused enough. The book lacked flavor. Ler crítica na íntegra

Jack Mccallum has been at Sports Illustrated since 1981 and the chief NBA writer since 1985. His work has appeared in the Best American Sports Writing Anthology, and in 2004 he won the Basketball Hall of Fame's Curt Gowdy Media Award for outstanding writing. He is the author of Unfinished Business: On and Off the Court with the 1990-91 Boston Celtics and coauthor of Foul Lines: A Pro Basketball Novel. He lives in Bethlehem, Pennsylvania.

L. Jon Wertheim is the executive editor of Sports Illustrated, a sports television commentator for various networks, and author of nine previous books including New York Times bestsellers Scorecasting and You Can’t Make This Up. He lives in New York City. 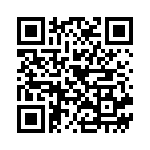