The problem with this book is that the author makes "hundreds" of predictions, promising that each one will follow the other. Well, it is hard enough to predict the next day in the stock market, and ... Ler crítica na íntegra

great great review of the inconsistencies in the financial reporting in this country. Energy, housing, lots of other things are not computed in the consumer price index because that would scare us ... Ler crítica na íntegra

PETER D. SCHIFF is a seasoned Wall Street prognosticator best known for his accurate predictions of the performance of the stock market, commodities, gold, and the dollar. He began his career at Shearson Lehman and joined Euro Pacific Capital (a broker-dealer with expertise in foreign markets and securities) in 1996, becoming President of the firm in 2000. Schiff is often quoted in major publications?such as?the Wall Street Journal, Barron's, the Financial Times, the New York Times, and the Christian Science Monitor.

A frequent guest on television, he appears regularly on CNBC, Bloomberg, and FOX News, edits the Global Investor, an investment newsletter, and hosts a weekly radio program Wall Street Unspun. His economic and market commentaries are featured on many investment-oriented Web sites as well as on www.europac.net. CNBC's Squawk Box has nicknamed Schiff "Dr. Doom" for his uniquely bearish outlook on the U.S. economy and its financial markets. 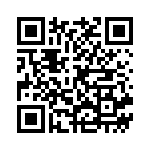