MARTHA ZOLLER is host of The Martha Zoller Show, a daily political talk show on WDUN-AM 550 in the northern Atlanta suburbs, as well as an afternoon internet radio show on RightTalk.com. She is a frequent substitute host for Linda Chavez, Steve Gill, Ben Ferguson, and other major market radio hosts. Martha was named to Talkers magazine's 2005 list of Most Important Radio Talk Show Hosts in the Country.In addition to her work on the radio, Martha is a panelist and substitute host of The Georgia Gang, a weekly public affairs TV program on Fox 5 Atlanta. She is a frequent commentator on the Fox News Channel, CNN and MSNBC.Martha writes a regular column for AccessNorthGeorgia.com and her work has appeared in the Atlanta Journal & Constitution, Jewish World Review, UPI, and more.Martha is extremely proud and honored to have been selected to participate in the prestigious Joint Civilian Orientation Conference (JCOC-69), sponsored by the office of the Secretary of Defense and is now a defense expert.In the summer of 2005, Martha joined the Voices of Soldiers Tour, the first group of radio talk show hosts permitted to broadcast their programs from Camp Victory and inside the Green Zone in Baghdad. This is Martha's first book. 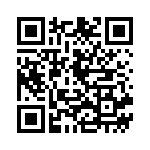