A graduate of the Iowa Writers Workshop and the author of the memoir Out of the Ozarks, William Childress has been an army demolitions specialist, a barber, a musician, a paratrooper, a tester of space suits, a college teacher, and a photojournalist. His St. Louis Post-Dispatch column was twice nominated for a Pulitzer Prize, and his writing has appeared in publications ranging from the Saturday Evening Post and Family Circle to Poetry and the New Republic. 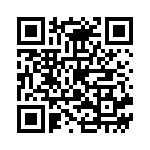