This is difficult to read as it asks the reader to wade through a lot of theoretical principals....but what is REALLY useful is detail accounts of the development and passage of the Social Security ... Ler crítica na íntegra

Página xiv - I shall be concerned to prove that the fundamental concept in social science is Power, in the same sense in which energy is the fundamental concept in physics.
Aparece em 150 livros desde 1930-2008
Página v - The liberation of the human mind has never been furthered by such learned dunderheads; it has been furthered by gay fellows who heaved dead cats into sanctuaries and then went roistering down the highways of the world, proving to all men that doubt, after all, was safe — that the god in the sanctuary was finite in his power, and hence a fraud. One horse-laugh is worth ten thousand syllogisms.
Aparece em 42 livros desde 1908-2007 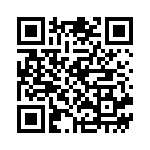