Howard Zinn (1922-2010) was a historian, playwright, and social activist. His many books include A People's History of the United States, which has sold more than two million copies. 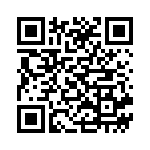