John Brenkman is distinguished professor at the City University of New York and director of the U.S.-Europe Seminar at Baruch College. He has published widely on culture and political theory. He lives in New York and Paris. 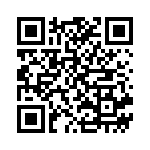