Fritz Oehlschlaeger is Professor of English at Virginia Polytechnic Institute and State University. He is coeditor of Toward the Making of Thoreau’s Modern Reputation, coauthor of Articulating the Elephant Man: Joseph Merrick and His Interpreters, and editor of Old Southwest Humor from the Saint Louis Reveille, 1844–1850. 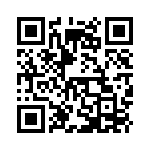