JAMES N. GIGLIO is Professor of History and Distinguished Scholar at Southwest Missouri State University. He is the author of H.M. Daugherty and The Politics of Expediency (1978), Truman in Cartoon and Caricature with Greg Thielen (1984), and The Presidency of John F. Kennedy (1991). 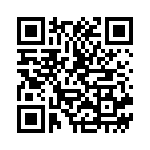