Richard R. Beeman is Professor of History at the University of Pennsylvania. He is coeditor of Beyond Confederation: The Origins of the American Constitution and National Identity and author of The Evolution of the Southern Backcountry: A Case Study of Lunenburg County, Virginia, 1746-1832, also available from the University of Pennsylvania Press. 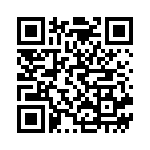