Robert H. Zieger is the author of several books, including the award winning "CIO 1935-1955". He is professor of history at the University of Florida. Zieger lives in Gainesville. 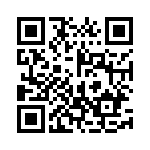