Elizabeth Barrett was born in Coxhoe Hall, Durham, England, in 1806. Most of her childhood was spent on her father's estate, reading the classics and writing poetry. An injury to her spine when she was fifteen, the shock of her brother's death by drowning in 1840 and an ogre-like father made her life dark. But she read and wrote, and no little volume of verse ever produced a richer return than her Poems of 1844. Robert Browning read the poems, liked them, and came to her rescue like Prince Charming in the fairy story. Elizabeth Barrett and Robert Browning were married on September 12, 1846. Barrett Browning's enduring fame has rested on two works-Poems (1850), containing Sonnets from the Portuguese, and Aurora Leigh (1857). The former is a celebration of woman as man's other half and the latter is a celebration of woman's potential to stand on her own. During the Edwardian and later periods, it was Sonnets from the Portuguese that embodied Barrett Browning. Since the rise of feminism, it has been Aurora Leigh. More recently, a third side of Barrett Browning has been revealed: the incisive critical and political commentator, seen in her letters. Elizabeth Barrett Browning died in Florence, Italy, in 1861. 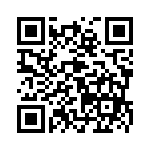