In this thought-provoking and aggressively macabre book, economist Napoleoni (Terror, Incorporated: Tracing the Dollars Behind the Terror Networks) details the greed and venality of corporations (and ... Ler crítica na íntegra

Página 28 - Commerce and manufactures can seldom flourish long in any state which does not enjoy a regular administration of justice, in which the people do not feel themselves secure in the possession of their property...
Aparece em 48 livros desde 1811-2008
Página 208 - In all critical moments of man's social life, the rational forces that resist the rise of the old mythical conceptions are no longer sure of themselves. In these moments the time for myth has come again. For myth has not been really vanquished and subjugated. It is always there, lurking in the dark and waiting for its hour and opportunity. This hour comes as soon as the other binding forces of man's social life, for one reason or another, lose their strength and are no longer able to combat the demonic...
Aparece em 21 livros desde 1947-2008
Mais
Página 107 - Every day the urge grows stronger to get hold of an object at very close range by way of its likeness, its reproduction.
Aparece em 137 livros desde 1969-2008
Página 258 - Fascism combats the whole complex system of democratic ideology, and repudiates it, whether in its theoretical premises or in its practical application. Fascism denies that the majority, by the simple fact that it is a majority, can direct human society...
Aparece em 48 livros desde 1930-2008
Página 31 - I place economy among the first and most Important virtues, and public debt as the greatest of dangers to be feared...
Aparece em 64 livros desde 1912-2008
Menos

A woman of the Left who garners praise from Noam Chomsky and Greg Palast at the same time as she is quoted respectfully in Forbes and the Wall Street Journal, LORETTA NAPOLEONI was born in 1955 in Rome. In the mid 1970s she became an active member of the feminist movement in Italy, and later studied as a Fulbright Scholar at Johns Hopkins University’s Paul H. Nitze School of Advanced International Studies in Washington, D.C. She began her career as an economist, and went on to work as London correspondent and columnist for La Stampa, La Repubblica and La Paîs. Napoleoni is the author of the international bestsellers Rogue Economics: Capitalism’s New Reality and Terror Incorporated: Tracing the Money Behind Global Terrorism. She has served as the Chairman of the countering terrorism financing group for the Club de Madrid, and lectures regularly around the world on economics, money laundering and terrorism. Napoleoni lives in London and Montana. 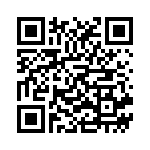