A native of Pennsylvania, Lawrence Ziegler-Otero teaches in the Department of Anthropology at SUNY Plattsburgh. After a "first career" as a trade union organizer in the United States, he became an anthroplogist in order to study political, labor and indigenous organizations. He has also lived and worked in Ecuador and Puerto Rico. 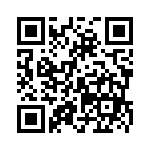